Letter to the Editor: Against Proposed Seven-Story Apartment Building at 2550 Irving St.

Affordable housing is something San Francisco desperately needs. That’s the one thing everyone in the City agrees on. But unfortunately the fight over affordable housing is often reduced to the false binary of NIMBYs v. YIMBYs (no or yes in my backyard).

What I’ve learned this year is that it is not always that simple. The Tenderloin Neighborhood Development Corporation is proposing to build a seven-story, 100-unit apartment building on the corner of Irving Street, between 26th and 27th avenues. It is 100% affordable, which means it is for low-income and extremely low income San Franciscans. My wife and I are public school teachers with two teenage children, and (with the help of our families) we have managed to buy a small home. We have lived on 26th Avenue, one house away from the project site, for 20 years.

Most of us on my block are working-class people. Many of my neighbors are hard-working immigrants; some are from Russia, Taiwan, or Estonia. We’re not elitist or unwelcoming. Many of us want affordable housing built here, but we were shocked to learn about the project by seeing it on the TNDC website, as if it were already a done deal. We started meeting once a week as the Mid-Sunset Neighborhood Association. Soon, we divided research topics to study the potential impact of such a project. We have gradually developed an alternative proposal for a four-story building, because we really want this building to fit into the neighborhood. The problem is that every time we try to discuss our alternative proposal, we run into a seven-story wall.  Most officials involved say: “We love your proposal; it’s completely reasonable, but we have to maximize the number of units.”

Actually, you don’t have to maximize the number of units.  Why would a world-class city make a huge planning decision by focusing solely on just the number of units instead of considering the scale and density of surrounding homes, the effects on traffic and parking, the demands on public transportation and other infrastructure, and the shadows created by such a huge building? This is basic urban planning, and all of these things are discussed in the General Plan of San Francisco, but none of them are being seriously addressed by the City or the developer.

Over 80% of the merchants on Irving support our plan, because they are worried about congestion, parking, and security in the neighborhood. However, TDNC even refuses to do a traffic study. All we want is for the developer to listen to our concerns and address them with some concessions, including studies of the building’s environmental impact, but the only study the developer has agreed to do so far is a shadow study.

The non-profit developer has become so focused on the number of apartment units that it has completely lost sight of the big picture — the neighborhood itself. The Sunset is a wonderful, low-density neighborhood with mostly single family homes; it has access to Golden Gate Park, retail, and transportation. We need to add some density, but not all at once, and not all in one building. This project would pack 300 more people into a single seven-story building that would tower over the tiny two-bedroom homes that surround it. The General Plan of San Francisco specifically states that planners should “avoid jarring contrasts that would upset the city pattern.” If putting a seven-story, 100-unit building on a block with one-story homes (over garages) isn’t jarring, what is?

Renowned American architect and city planner, Oscar Neuman writes: “…for low income housing families with children – particularly those on welfare or suffering pathological disorder – the high-rise apartment building is to be strictly avoided. Instead, these families should be housed in walk-up buildings no higher than three stories…. This puts a density limit of about 50 units per acre on a housing project composed solely of this housing type.”

The TNDC and the Mayor’s Office of Housing and Community Development do not seem to care what these studies say. Their motto seems to be that more is better. They are developing housing, but they forgot about developing the sense of community.

The density of this building will be much greater than any building in the district. The history of urban planning shows that low-income, high-density towers are a disaster, whether in Chicago or San Francisco. People feel disconnected from their neighbors and many who need services feel anonymous. Conversely, the studies by Oscar Neuman show that three-story buildings have been remarkably successful. The Density of Shirley Chisholm project, also in the Sunset District, is 98 dwelling units per acre. 2550 Irving proposes a density of 227 units per acre.  This isn’t parity;  it’s insanity and it’s bad not just for the congestion it would cause, but for the lack of community it would create within the building itself.

In another disturbing turn of events, a private testing company has recently discovered dangerous PCEs — chemicals that have leaked into the soil and caused a toxic vapor that is a known carcinogen. This is all too familiar in cities across the United States, and in the past the SF Planning Department has been too quick to issue “common sense” environmental exemptions to projects at such sites. This makes anything but common sense. The private air and soil testing company, AllWest, reported unsafe levels of these chemicals inside the Police Credit Union, and the levels are likely to be worse across the street. The chemicals are thought to have come from a nearby dry cleaner that recently shut its doors. At least five people on our block have cancer. We want a full investigation to see if we are being exposed to these chemicals, but the City says it can only do a streamlined assessment of the dangers, because of a state law (SB35) that fast tracks affordable housing projects.

What is most infuriating to those of us who live nearby, is that the TNDC pretends to give the community a voice in the design of this building, but it is all a well-orchestrated charade. In April, the TNDC held its second community meeting. Those of us who have computers and who obtained access to the limited capacity Zoom meeting were asked whether we preferred grass, plants, or trees in front of the seven-story building. We clicked a little circle on the screen to indicate our choice. We were also asked what style of roof we wanted on our seven-story building. We clicked a little circle on the screen again. One question we were never asked was whether we supported having a seven-story building next to our homes. The chat function in Zoom was turned off, and no questions were allowed until we got into breakout rooms.

The TDNC has implied that it is doing us a favor by even having these meetings. However, Article 34 of the California Constitution actually says that such a project must be approved by the community. Rather than seeking our approval or genuine engagement, the developer has tried actively to avoid asking us whether we approve of the project.

In her classic urban planning treatise, The Death and Life of Great American Cities, Neighborhood activist Jane Jacobs writes: “Cities have the capability of providing something for everybody, only because, and only when, they are created by everybody.”

San Francisco and the Tenderloin Neighborhood Development Corporation need to take note. We live here, we support affordable housing, and we want to be part of the process. You can build in our backyards, but can we talk about it first? 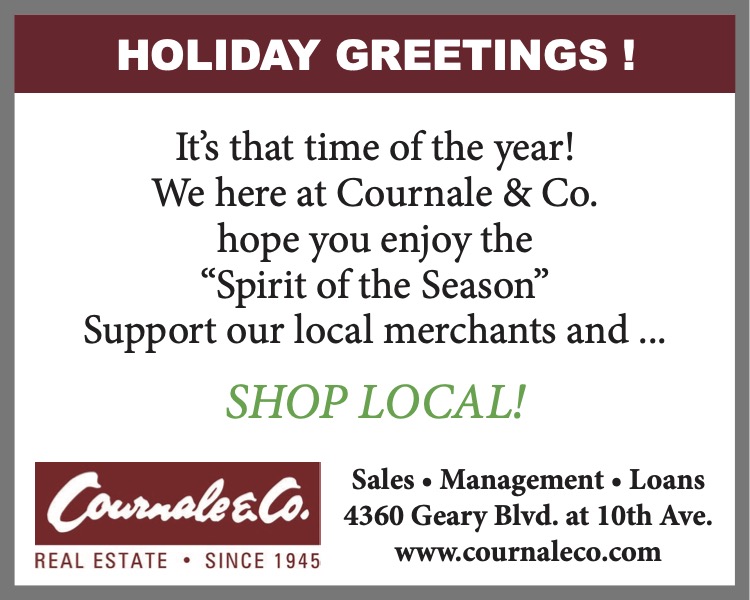