Spring is on its way. Jan. 26, 2023.
Ice plants.
As objective journalists, we normally don’t take sides. Today, we make an exception: GO NINERS! @49ers
Wikipedia: Kelps are large brown algae seaweeds that make up the order Laminariales. There are about 30 different genera.[3] Despite its appearance, kelp is not a plant - it is a heterokont, a completely unrelated group of organisms.
Winter in the Sunset District. Jan. 21, 2023.
A trip to the beach to watch the sunset is good for the soul.
Business

Yo Tambien Cantina on Hugo Street and Fourth Avenue in the Inner Sunset District offers community; a place to sit, unwind and relax into conversation with loved ones or total strangers.

The story of how this little oasis came into being is a colorful one.

“Oh man, this can get long,” co-owner Kenzie Benesh said. “But we’ll keep it short.” 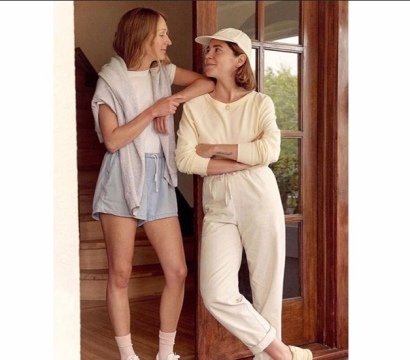 Isabella Bertorelli, her partner and fellow co-owner, used to work at the Wooly Pig, the café that was in the same spot just a few years ago. Bertorelli was the first one to meet the family who owned the business, and they all thought each other were delightful. Bertorelli and Benesh left the city to work on Full Belly Farm in Guinda, California, then traveled around Europe for a while. When they returned to the Sunset, they learned that Wooly Pig was moving to Dogpatch.

“We had the opportunity to carry on the legacy, and here we are one-and-a-half years later,” Benesh says. “Wild times.”

The food at Yo Tambien is Michelin-level in aesthetic and taste. Their breakfast cookie, of which they donated 50 to 826 Valencia’s volunteer program, contains pepita and sesame seeds, offering a spicy and crunchy bite. For savory items, its Lil Yolker Bowl is a reprieve of creamy, warm polenta, with egg and vegetables resting on top, for the gray mornings.

That coziness is the objective. Any given morning you’ll spot a parade of little dogs, or folks stretched out like it was their back porch.

One such example of their camaraderie is the Yo Tambien Run Clu, which meets Thursday mornings at the cantina before the fog burns away. For a number of months starting in 2018, and never officially ending, anywhere from two to eight locals would show up for a morning run at Kezar Stadium, through Golden Gate Park, or up the avenues. The group planned to get shirts made and had an “everyone is invited” mentality.

As a focal point for interaction, some neighbors have been concerned that the cafe is becoming a bar.

“We have applied for and obtained an interim beer and wine license,” Benesh said. “The food is the focus, and it will always be that way. We love beer and wine and think they’re a great addition to our food and snack menu.”

Sydney Vogl, a Sunset resident of two years, said Yo Tambien Cantina is the perfect place to catch up with friends on a Sunday morning.

“It’s cozy and welcoming,” Vogl said as she sat outside on a bright orange chair. “The food is incredible and soul warming.”

Owning and operating a small business is not easy. The folks at Yo Tambien think the Sunset is full of amazing business owners who make it a thriving neighborhood to operate in. A few businesses on their shout-out list include Body Philosophy Club, Andytown Coffee, Queens Market and Mollusk.

The cantina ended up getting those “everyone is invited” shirts made.

See what’s happening in this sleepy piece of the Sunset during their Après Ski happy hour every Thursday 5-9 p.m. Or in the morning for a pre-run coffee. Or maybe afterward for a cookie.