1954 Rolls Royce on 30th Avenue just south of Taraval Street. Story coming in the May issue of the Sunset Beacon newspaper and at www.RichmondSunsetNews.com.
Our beautiful state flower, the California poppy. When the seed pods mature and get dry, they go POP! which spreads the seeds far and wide.
Geary at Park Presidio Boulevard. Photo by @kickshaw_city
April 12, 2021.
April 12, 2021.
2017.
legacy business

The process of obtaining legacy business designation can be a lengthy and time consuming. In addition to the qualification process, nominations for the registry are limited to 300 per year.

To be eligible for legacy business status, a three tier criteria must be met: 1) the business has to have operated in San Francisco for 30 years or more; 2) the business must have contributed to the neighborhood’s history and/or identity, and; 3) the business is committed to maintaining the physical features or traditions that define the business, including craft, culinary or art forms.

“But, in the end you’re recognized as an important business in San Francisco,” said Adam Bergeron, the owner of the Balboa Theater. 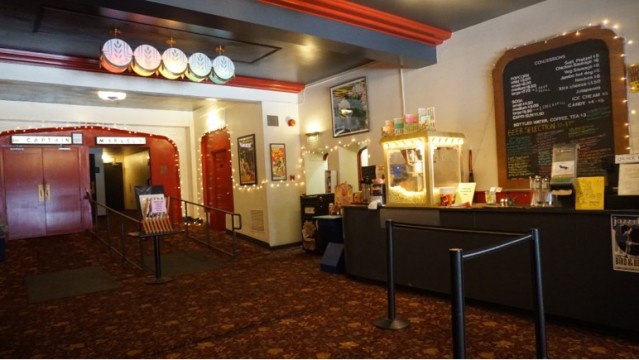 The Balboa Theater has been a fixture in the Richmond District since the “Roaring Twenties.” Recently named a San Francisco legacy business, the theater has contributed to the culture of the neighborhood for generations. The lobby (above) and the marquee (below) are familiar sights in the Outer Richmond. Photos by Gui Oliveira.

Bergeron bought the theater from Gary Meyer and has been running it since Jan. 1, 2012. Bergeron, an East Coast native, moved to San Francisco about 25 years ago. 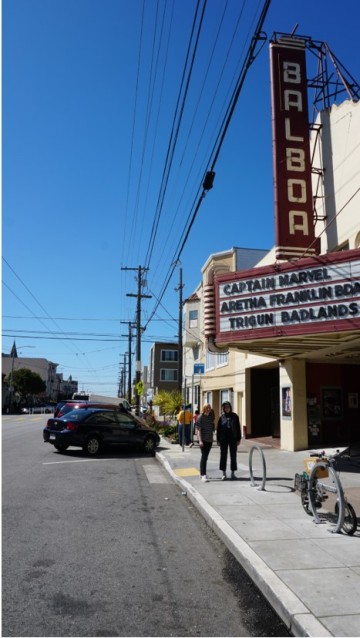 “San Francisco is a pretty nice town,” Bergeron said with a chuckle as he described his motive for moving to the City.

The Balboa Theater has proven itself to be significant in contributing to the Outer Richmond’s identity as a community and neighborhood.

“We love to do family programming. We do a lot of work with elementary and middle schools, bringing kids out to the movies. We just did a  short series with One Richmond and the Richmond Neighborhood Center doing movies for seniors.”

On certain occasions the theater doubles up as a venue where musical acts perform, followed by a movie. Chloe Ginnever, an employee at the theater, expressed her admiration for the Balboa.

“I think this is a really unique theater and the management cares about it a lot. We’re all trying to make it a really cool place to be,” Ginnever said.