View from the Marin Headlands.
Mural on the side of the Pizza Place on Noriega, 3901 Noriega St.
A popular feature in both the Richmond Review and the Sunset Beacon newspapers is the monthly birthday announcement. HAPPY BIRTHDAY to us October kids! (Let me know if you have a name you would like to add to the list — any month.)🎉🎂🥳🎈🎊🎈🥳🎂
Sunset Beacon Editor Michael Durand poses at the Sunset Community Festival on Oct. 1 with Albert Chow, owner of Great Wall Hardware on Taraval at 28th. Get the current issue of the Sunset Beacon at Great Wall, across the street from the post office. Chow is also president of POPS, sponsors of Movies at McCoppin. See the full-page ad in the October Sunset Beacon for full details.
Hardly Strictly Bluegrass is back.
Outer Sunset Merchants Association holding a press conference in preparation for next week’s Art Walk on Irving Street. Go to RichmondSunsetNews.com for more info. (Link in bio)
Sunset District

‘Sunset Forward’ Planning for the Future

In 2018, when Gordon Mar was campaigning for his District 4 seat on the San Francisco Board of Supervisors, he came to a realization.

“As I was speaking with neighbors, I realized there was a strong interest in and a need to engage the neighborhood for planning a collaborative future,” Mar said.

People expressed their love and pride for District 4, which includes the Outer Sunset and Parkside neighborhoods between Lincoln Way on the north, Sloat Boulevard on the south, 19th Avenue on the east, and the Pacific Ocean on the west. But residents were worried about the changes in the City and their neighborhood they saw as being driven by outside forces.

Mar developed the Sunset Forward initiative as a community-centered way to directly gather input from District 4 residents. Their concerns, Mar explained, will help him prioritize the work he will do with other city agencies to address common concerns.

In 2019, Mar’s office started working with the San Francisco Planning Department to analyze existing demographic and census data as a starting point to understand the issues. For example, District 4 is, on average, older in age and has more families with children than the rest of San Francisco. That means there is a greater requirement for services targeted to their unique needs, such as elder care and child care. (Data are available on the Sunset Forward website. See link at end of story.)

To further understand the issues important to District 4 residents, Mar’s office is now undertaking a comprehensive needs assessment and the D-4 Mobility Study.

As with most plans, the COVID-19 pandemic complicated the Sunset Forward initiative. The original timeline was to start the roll out at the beginning of 2020, but there was a delay of several months as the office regrouped and adjusted its methods. Now, focus groups are being convened virtually, and online surveys allow for safe, anonymous input.

The needs assessment portion includes a survey (link at end of story), focus groups, and presentations to neighborhood groups, such as churches and unions.

The D-4 Mobility Study, in collaboration with the San Francisco County Transportation Authority, is focused on making travel within and between city neighborhoods easier for all, while reducing the number of local single-person car trips.

Mar hopes that, eventually, no one will need to leave their neighborhood in order to get the essential services they need.

So far, funding for Sunset Forward has been included in the general city budget, including a contract to the District 4 Youth and Families Network to lead the needs assessment.

After these efforts bring in data – from demographics to individual preferences to city traffic statistics – they will be analyzed and summarized into a report to be shared with the entire community. From these collective priorities, specific plans to build out support will be developed. Additional funding will need to be secured through existing or new programs and services.

Although the survey is not yet closed, a couple of common issues have already become clear: the need for affordable housing and transportation.

“If there are plans to expand housing in the Sunset District, the details are really important,” Mar said. “That’s where input from the community is essential to develop plans in a way that’s appropriate for the community.”

Mar added that he sees that the City’s support of small local businesses has become critical issue due to the current health and economic crisis.

“The health of our commercial corridors is a key indicator of neighborhood health,” he said. Mar said he was especially struck by the number of business owners and workers who also live in District 4, meaning their struggles impact the neighborhood on multiple levels.

Although Sunset Forward is a long-term plan that was put into motion before the pandemic, the partnerships and virtual meetings have already given the neighborhood an opportunity to voice concerns about one current hot-topic issue: the closing of the Upper Great Highway to vehicular traffic since April 2020. This temporary closure was set into motion due to the COVID-19 health emergency, so this was not something Mar’s office could have predicted in 2018. The ramifications of the closure have been felt by the community, with vocal concerns both for and against the continued closure. Mar’s office hosted a virtual Town Hall on Nov. 21, which was attended by more than 500 people.

Mar admits that there are those who may see Sunset Forward as more government talk, less action.

“I understand the skepticism and frustration with city government,” he said. “I ask everyone to stay positive and provide input. The more engagement we have, from all people, will mean future proposals will more likely reflect their views.”

To learn more and to share your views, go to https://sfplanning.org/project/sunset-forward survey: https://www.surveymonkey.com/r/sunsetforward.org. 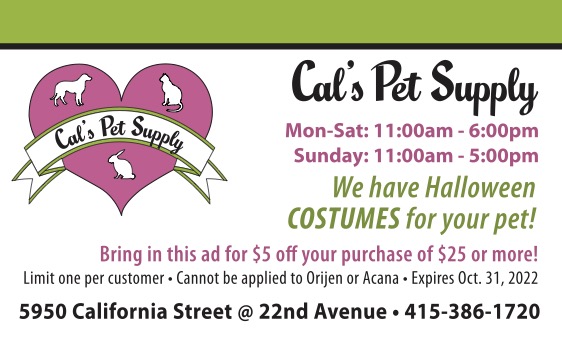