Commentary: Medicaid Better than Nothing

Nationwide, more than 1 in 5 people in this country rely on Medicaid for their health care. In California, where the program is called Medi-Cal, it is 1 in 3.

“Medicaid is the single largest source of health coverage in the United States.”   (www.medicaid.gov/medicaid/eligibility/index.html)

Qualification is based on 138% of the Federal Poverty Level:  $16,395 for an individual;  $22,108 for a family of two. A minimum wage worker in many parts of the U.S. makes only $7.25 per hour. Fifty-two weeks of 40 hours of work per week equals $15,080.  Apparently, everyone who works for low wage employers in those states qualifies for Medicaid. (www.healthforcalifornia.com/covered-california/health-insurance-companies/medi-cal/eligibility-requirements)

If you qualify, what kind of care will you receive?  A lawsuit this year alleges low-income Californians who have Medi-Cal insurance cannot access quality care.

“Currently, California’s reimbursement rates are so low that they discourage participation by health care providers and leave Medi-Cal participants with few options. Patients are frequently unable to find the primary and specialty care they need. When they do, they often wait weeks or months for appointments, or must travel long distances, effectively denying them meaningful access to care. For example, one of the plaintiffs has cerebral palsy and is semi-paraplegic but had to wait over 18 months to get an appointment with a neurologist despite suffering from grand mal seizures.”

“We’re confident this lawsuit will put an end to the practice of treating people who get their health care through Medi-Cal like disposable, second-class citizens.” said Dave Regan, president of the Service Employees International Union – United Healthcare Workers West.

“The complaint describes how the state’s disinvestment is racially linked: As the Latino share of enrollment more than doubled since 1979 from approximately 25% to nearly 60% of all Medi-Cal patients, reimbursement rates have dropped 40%, from 125% to 76% of the national average for all Medicaid programs, leaving Medi-Cal 48th or 49th of all state programs in physician reimbursement.” (www.seiu-uhw.org/press/judge-gives-green-light-to-civil-rights-lawsuit-affecting-1-in-3-californians/)

Expansion of Medicaid is considered a great political victory by Democratic politicians. In California, Medi-Cal was supposedly expanded further than in other states, covering more people. But, according to the lawsuit, eligibility for health care does not mean you have access. Are Republican-controlled states where Medicaid wasn’t expanded worse?

If you qualify, you may still have to cover a share of the cost to receive support. Medicare/Medi-Cal recipients must subtract $600 (for an individual) or $934 (for a couple) from their monthly income. For example, if you have an individual monthly income of $1,300, Medi-Cal allows $600 for your living expenses. You must pay at least $700 in covered medical expenses and/or health care premiums in a given month before Medi-Cal covers any of your health care costs for that month. How many people can afford to pay such a large percentage of their income on health care? (https://cahealthadvocates.org/low-income-help/medi-cal-for-people-with-medicare/)

A close friend and colleague can’t afford Medi-Cal’s monthly cost of her prescribed medicine. She recently made the painful decision not to take the medication even though her health will be compromised. Choices like these are common in the United States, not in other countries.

Is Medicaid better than nothing? I suppose it is, but everyone living in the U.S. deserves much more.  All Canadians and citizens of 34 other countries enjoy better health care at half the cost of what is paid per person in the U.S. per person. Rich and poor.

“I’m tired of politicians saying they support single-payer but that it’s too soon, too expensive or someone else’s problem,” Gov. Gavin Newsom said during the campaign before he was elected in 2018.  (https://calmatters.org/commentary/2019/12/california-single-payer-health-care-gavin-newsom/)

I don’t believe Newsom. Candidates say a lot when running for office. Some mean what they say.  Newsom and the rest of the leadership of the Democratic Party have been silent during the pandemic. All efforts are focused right now on winning in November. Six or seven months after the election, a conservative-stacked Supreme Court may end Obamacare. Tens of millions of people will lose their health care insurance. Insurers will also no longer have to cover pre-existing conditions.  What will Democrats propose in 2021?

Why is it so difficult to adopt best health care practices in other countries? Everyone could receive quality health care. It would cost less per person. For-profit health care industry political campaign donations are keeping us from that goal.

Barry Hermanson is a Green Party of California (GPCA) Coordinating Committee member, GPCA representative to Healthy California Now (a statewide coalition of organizations and activists dedicated to establishing a single-payer Medicare For All system in California), and a former small-business owner. Contact him at Barry@Hermansons.com or (415) 255-9494. 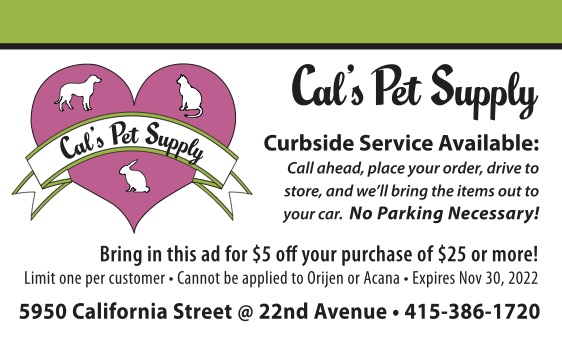