Sunset in the Sunset. Jan. 30, 2023.
Spring is on its way. Jan. 26, 2023.
Ice plants.
As objective journalists, we normally don’t take sides. Today, we make an exception: GO NINERS! @49ers
Wikipedia: Kelps are large brown algae seaweeds that make up the order Laminariales. There are about 30 different genera.[3] Despite its appearance, kelp is not a plant - it is a heterokont, a completely unrelated group of organisms.
Winter in the Sunset District. Jan. 21, 2023.
Historical Photos 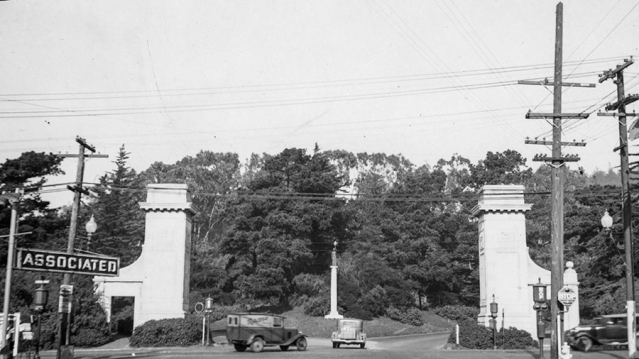 This view, looking north at 19th Avenue and Lincoln Way, shows the Breon Gate entrance to Golden Gate Park in its original form, around 1930. It was lit by a large bronze sculpture of a woman holding a torch, which can be seen atop a column in the center of the photo. This piece was removed when Crossover Drive was constructed to handle increased traffic as a major route to the Golden Gate Bridge, which opened in 1937. Photo courtesy of a private collector/Western Neighborhoods Project/OpenSFHistory.