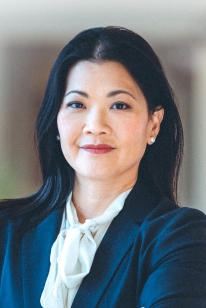 We see around us every day that what’s happening on our streets isn’t working. We lead the nation in burglaries, larcenies and car thefts, yet only one arrest is made for every six crimes reported.

Worse, there have been increasingly violent attacks on women, immigrants and the elderly. Since January, there have been more than a dozen vicious assaults of elderly Chinese people, including a kidnapping and rape in the Excelsior. In June, a man was shot on Geary Boulevard and 28th Avenue. More recently, a woman trying to enter her SOMA apartment building at night was violently assaulted and dragged to the ground by a homeless man.

San Francisco needs an independent and experienced prosecutor, not a politician, to protect the City. As an 18-year prosecutor, with 16 of those years fighting for the people of San Francisco, I know where the problems are in our criminal justice system and how to fix them. I’ve tried misdemeanors, violent felonies and white collar crimes. I’ve safeguarded domestic violence victims and protected children. I’ve investigated and prosecuted Fortune 500 companies and I’ve held people accountable for public corruption and police misconduct.

I’m running for district attorney because I believe that our City’s top prosecutor should make it her number one priority to protect victims, to ensure fairness in our courts and to make our justice system work for all San Franciscans. But when it comes to criminal justice in San Francisco, we have serious problems that we must face head-on. My concept of community-centered justice will do just that.

First, as your district attorney, I will take action to address street-level crimes and put public safety front and center. It is time for our district attorney to keep our neighborhoods safe and start the cycle of rehabilitation for offenders by prosecuting car break-ins, burglaries, thefts and drug trafficking. I will not stand for those who victimize our neighborhoods with persistent criminal behavior.

Instead of ignoring “minor” crimes, we should treat them as an entry point for intervention, to stop offenders from falling deeper into the criminal justice system. We cannot allow our neighborhoods to be devastated by persistent, repeated crimes.

Second, we must put the community at the heart of everything we do. A one-size-fits-all approach to protecting our communities doesn’t work in a city that holds a diversity of neighborhoods, each with their own distinct set of characteristics and challenges. With my community-centered approach, we will protect and listen to victims, engage neighborhood leaders to improve safety and strengthen community trust.

Finally, I will restore the public’s trust in our justice system by rooting out corruption in government and making sure that government officials, law enforcement and city contractors are held accountable for their actions. I am the only candidate that has investigated and criminally prosecuted public integrity crimes and law enforcement officers and I will continue to do so when elected as district attorney.

I am the daughter of immigrants, a wife, mom, gun violence prevention advocate and I am proud to be a career public prosecutor. I would be the first Chinese-American district attorney in our city’s history. I chose public service because my father instilled in me a love for democracy, public service and the law. I would be proud to serve as your district attorney and I hope to earn your vote. I’m ready to hit the ground running on day one.