In 1608, after a period of intense artistic study in Italy, Peter Paul Rubens (1577–1640) returned to his hometown of Antwerp. He found a city eager to renew its visual culture and ready to support him, a bold artist who worked at a rapid pace and dramatic scale that could satisfy the demand for religious images while also supplying private collectors with works of ancient history and mythology.

Early Rubens is the first exhibition dedicated to the pivotal years between 1609 and 1621 when the Northern Baroque master established his career. In more than 30 paintings and 20 works on paper, the exhibition will trace Rubens’ early development as a master painter with a unique gift for depicting seductive and shocking narratives. Rubens was not only a sought-after artist, but also a diplomat, shrewd business man, and a friend to scholars and monarchs. Early Rubens will explore the artist’s meteoric rise to the first rank of European painters through a series of social and artistic choices that laid the groundwork for his international fame.

All images are courtesy of the Fine Arts Museums of San Francisco. 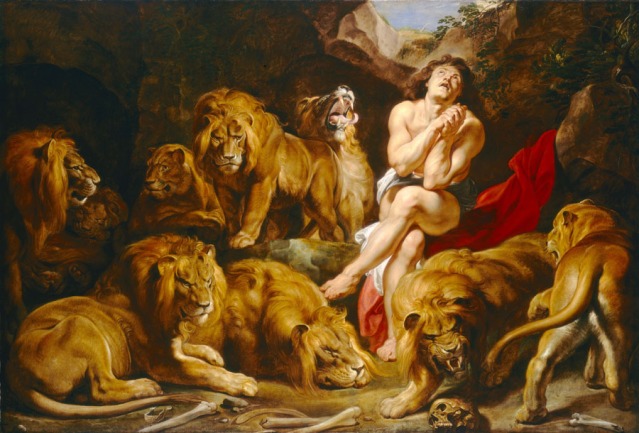 Rubens’s depiction of Daniel, the Jewish exile punished for praying to God rather than to the Babylonian king, is among the artist’s most emotionally gripping history paintings.

Describing the picture in a letter, Rubens declared it was “taken from life. Original, entirely by my hand.” The work remained with Rubens until 1618, when it formed part of a group of his pictures that he traded to an English ambassador in exchange for a collection of antique sculptures. 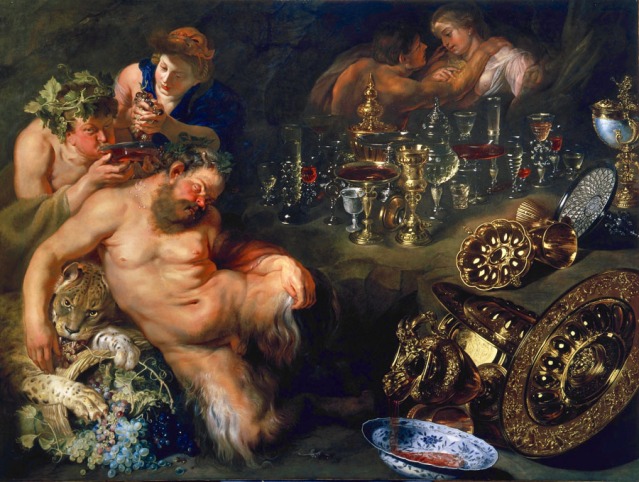 The drunken, goat-legged Silenus and his companions appear in the late stages of a Bacchic revelry, marked not only by an abundance of grapes but also by one of the leopards that pulls Bacchus’s chariot.

Silenus was famous for uttering prophecy when inebriated, and here Rubens portrays him in a state between consciousness and sleep, the satyr’s wary eye opened ever so slightly. 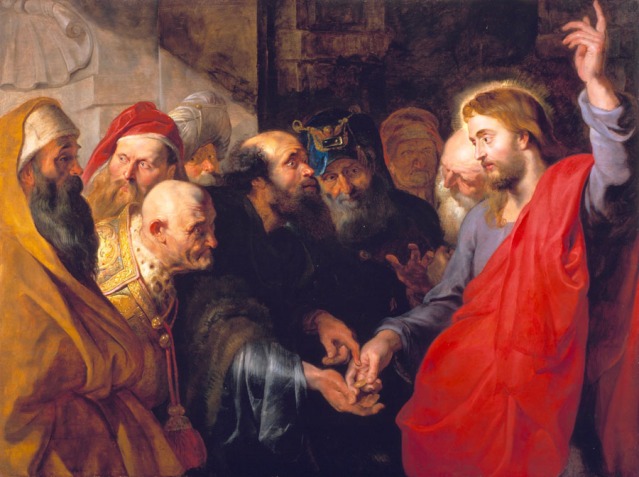 The New Testament recounts Christ’s confrontation with Jewish elders over the obligation to observe Roman tax law. Designed to place Christ in jeopardy with the Romans, the plan unravels when he asks to see the coin used to pay the tribute.

Choosing to depict the moment of reaction, Rubens explored the various states of mind of the figures as they exhibit amazement, curiosity, or indifference—or as they search the faces of others, including the viewer, to determine the significance of the encounter.

PAINTING ON A GRAND SCALE

Writing in 1621, Rubens commented on his ambition: “I confess that I am, by natural instinct, better fitted to execute very large works than small curiosities. . . . My talent is such that no undertaking, however vast in size or diversified in subject, has ever surpassed my courage.”

Following the Twelve Years’ Truce, Rubens created several large paintings for European royalty. He could produce these objects simultaneously because of his skill in orchestrating an exceptionally large workshop.

The archdukes in Brussels allowed Rubens, unlike other Antwerp painters, to accept as many assistants as he wished, and in 1611 he claimed to have refused “over one hundred, even some of my own relatives.”

Click HERE for a link to the transcript of the audio tour.