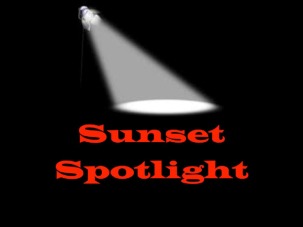 The Lincoln Mustangs won the game handily, dominating both lines of scrimmage. It’s defense caused about a dozen Mission fumbles during the game.

The city championship game is usually played on Thanksgiving day, but it was postponed eight days because of the unhealthy air quality caused by the Camp Fire.

Lincoln got a bye in the first round of the state high school football championships and will face Orange Glen Escondido, from near San Diego, on Friday, Dec. 15, at George Washington High School in the Richmond District. The state’s 6-A championship game starts at noon.

In late October seniors started going to St. Anne’s of the Sunset Church, located at Judah Street and Funston Avenue, twice a week for a good work-out. The classes (with some snacks and camaraderie) are held on Mondays and Thursday, from 1:30-2:30 p.m. The entrance is on the Funston side of the church.

Three community groups came together to make the classes a reality. They are the Inner Sunset Park Neighbors (ISPN), Sunset Heights Association of Responsible People (SHARP) and the Cole Valley Improvement Association.

Participants in an exercise program for seniors at St. Anne’s Church take a pause in the action for a group photograph. Photo: Dennis Minnick.

The groups united to seek the $23,000 that was necessary to pay for the program, which is free for seniors. The money was allocated from this year’s city budget via SF Mayor London Breed’s office.

Program organizers said about 40 seniors and their caregivers typically attend the program.

The Presidio Trust Board of Directors has chosen four projects to advance to the second phase of the Fort Winfield Scott rehabilitation selection process, based on concept proposals received in June.

Fort Winfield Scott is a 30-acre site located on the west side of the Presidio, close to the Golden Gate Bridge.

At a public board meeting in late September, project proposers presented concepts to create a “campus for change,” and to “address the significant environmental and/or social challenges of our time.”

From the nine concept proposals that were submitted from the Trust’s Request for Concept Proposals, the Trust’s board of directors chose:

• Campus for the Fourth Industrial Revolution, which would host non-profits, technology organizations, academics and others to address the affects of accelerating technological innovation on human needs. The campus would include office, educational and convening facilities, food service and lab space;

• Epicenter for Climate Solutions, which would be a workplace and convening center to study climate change solutions focused on reducing energy use and lowering carbon levels around the world. The campus would include office, convening, lodging and residential space for on-site start-ups and non-governmental organizations;

• OpenAI, which would be a center for research and advocacy focused on the potential and  challenges of artificial intelligence and advocating for its use in positive ways. The campus would include office, laboratory, recreation, convening, food service and housing for visiting researchers, interns and scholars;

All concept proposals and written public comments are posted on the Presidio Trust’s website.

“We are excited to have four real possibilities for putting this important site back into use and appreciate the time and creativity shown by each of the organizations that submitted a concept proposal,” said John Keker, chair of the Presidio Trust Board of Directors.

The Presidio Trust issued a Request for Concept Proposals in January, 2018, seeking a qualified and mission-driven organization to reimagine a large group of unrenovated historic buildings at the Presidio, a former U.S. Army post that was transformed into a national park by an act of Congress. Financially, it is a self sustaining park.

According to the Presidio Trust, outreach efforts included reaching out to hundreds of foundations and organizations and conducting tours for about 400 people.

The Trust is expected to take public testimony at its Jan. 24, 2019 meeting concerning the four proposals and to announce a finalist from the competition at its March 28, 2019 board meeting.