Nora Bruhn, co owner of the community space Work in Progress, located at 4752 California St. at 10th Ave.
From the Outer Sunset Farmers Market celebration of the new Chinese Cultural District in the Sunset. Sunday, May 22, 2022.
On Sunset Boulevard at Rivera Street. Sunday, May 22, 2022.
A statue dedicated to Saint Francis of Assisi, the namesake of San Francisco, stands in a bucolic setting in the Garden of Fragrance in Golden Gate Park’s Botanical Garden. Photo by Eloise Kelsey.
Sunset Resident Paints Pysanky, Ukrainian Easter Eggs
UC San Francisco has received approval for its plans to build a state-of-the-art hospital at UCSF Helen Diller Medical Center at Parnassus Heights to meet the region’s growing demand for specialty care and California’s rigorous hospital seismic requirements. (Follow link in bio to our website to read the press release.)
board of supervisors 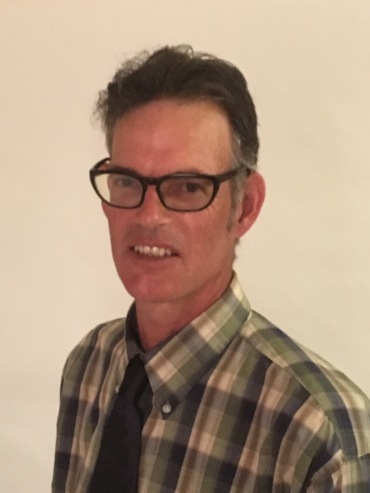 Our municipal elections are, by law, non-partisan. No party affiliation appears next to names on the ballot, but our “non-partisan” elections are famously not so. Elite special interests pour millions of dollars into the war chests of their preferred candidates each election cycle. These big donors become proprietors, with elected officials beholden to them.

We’ve been abandoned for decades to City Hall politics with a series of appointed and anointed supervisors. It’s time for us to take back our right to a democratic process.

In March, at the beginning of this election cycle, I was one of three candidates who filed paperwork at the SF Department of Elections. Adam Kim was another and the third did not qualify because his paperwork was thrown out on a technicality.

The three of us working together represented a threat to the City Hall establishment. None of us are allied to the political machine that runs the City. On the filing deadline in June, our incumbent supervisor got “retired,” which opened a legal loophole that a number of other candidates discovered.

We need to be done with business-as-usual and get-what-you-get-don’t-get-upset governance.

I’d encourage you to use ranked choice voting and complete the arrows next to Mike Murphy and Adam Kim. We had the courage and conviction to stand up against the juggernaut. Either of us would represent you with integrity as your local legislator at City Hall.

If elected, I will do my part to change the culture of City Hall. I have no corporate party allegiance and do not aspire to become a career politician. I’d like to inspire other supervisors to go to work for their constituents.

I’ll have an office in the neighborhood with open doors. I won’t meet with lobbyists.

Protecting our unique San Francisco neighborhoods will be the primary focus of my four-year term as your supervisor. We don’t need a repeat of the 2008 financial crisis. We must assert our rights as a Charter City to maintain local control.

Current state and local legislation to kill zoning ordinances are a scheme that feeds the super-rich. The rest of us are at risk. I’ll draft a suite of anti-speculation laws so we can stay.

In the past six years, more than one third of our neighbors have been “churned” out of town. This is unprecedented, even in San Francisco. Our overall population has been relatively stable for decades:

It’s our City that’s been destabilized and disrupted. In homes we have built, in communities we’ve made, we’re being replaced by those who have more money.

Other major cities have similarly suffered.

I have called myself a San Franciscan for more than 20 years. I will not have my family or yours evicted by the “city family” for greed.

Categories: board of supervisors