Nora Bruhn, co owner of the community space Work in Progress, located at 4752 California St. at 10th Ave.
From the Outer Sunset Farmers Market celebration of the new Chinese Cultural District in the Sunset. Sunday, May 22, 2022.
On Sunset Boulevard at Rivera Street. Sunday, May 22, 2022.
A statue dedicated to Saint Francis of Assisi, the namesake of San Francisco, stands in a bucolic setting in the Garden of Fragrance in Golden Gate Park’s Botanical Garden. Photo by Eloise Kelsey.
Sunset Resident Paints Pysanky, Ukrainian Easter Eggs
UC San Francisco has received approval for its plans to build a state-of-the-art hospital at UCSF Helen Diller Medical Center at Parnassus Heights to meet the region’s growing demand for specialty care and California’s rigorous hospital seismic requirements. (Follow link in bio to our website to read the press release.)
Police Blotter 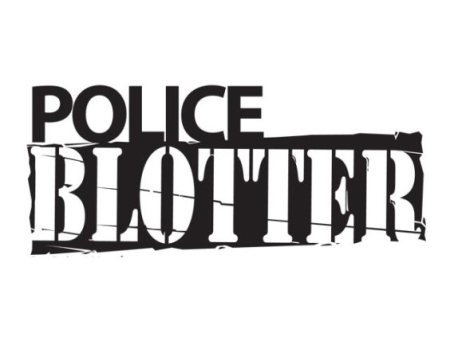 Assault on a Police Officer, Fighting in a Publ ic Place, Drunk in Public: Third Avenue and Geary Boulevard, May 18, 1:59 a.m.

Officers on patrol observed a large crowd of people around two subjects who were involved in a physical altercation. When the officers attempted to break up the fight, the suspects turned on the officers and an even larger crowd gathered.

Officers from neighboring districts responded as back up to help control the scene.

As an officer was attempting to take one of the suspects into custody, the suspect picked up a metal frame barricade and attempted to swing it at the officer. The additional units prevented the suspect from striking the officer with the barricade. The officer sustained an injury during the fight and required medical treatment.

Both suspects were taken into custody.

The first suspect was booked into County Jail on charges of assault and resisting arrest.

The second suspect was issued a citation for fighting in a public place, resisting arrest and being drunk in public and was then released from Richmond Station.

Robbery with Force, Possession of a Controlled Substance, Bail Violation: 3900 Block of Geary Boulevard, May 15, 3 p.m.

A victim inside a thrift store witnessed the suspect quickly grab several items, walk past the manned cash registers and exit the store without paying for the merchandise.

The victim attempted to stop the suspect and a struggle ensued, with the suspect striking the victim in the stomach three or four times with his right fist.

During an arrest search, a substance suspected to be marijuana was located in the suspect’s possession. The amount was determined to be in excess of one ounce.

The suspect was arrested and booked into County Jail on several charges, including committing an offense while out on bail.

Officers responded to a call regarding a homeless complaint where the suspect was littering items on the ground.

When officers detained the suspect, he gave a false name. Upon obtaining the suspect’s correct name, a records check revealed he had an outstanding felony warrant for his arrest.

The suspect was taken into custody and booked at County Jail.

Police arrived and the witness pointed out the suspect, whom the officers detained.

The suspect, who smelled heavily of alcohol, yelled he wanted to, “party like it was

1991!” The suspect was taken into custody and booked.

A driver was cited for failing to stop at a red light, which caused a vehicle collision.

During the struggle the security officer sustained an abrasion on his hand and the suspect caused some damage to the store.

The suspect was arrested and booked into County Jail.

Officers observed a verbal argument between two subjects in a car at a gas station so they ran a records check on the vehicle and discovered that it was stolen.

Officers detained the occupants with the assistance of arriving back-up units.

A records check revealed one suspect had an outstanding felony warrant and several prior arrests for possession of a stolen vehicle. Burglary tools, spark plugs, shaved keys and suspected marijuana were found during an arrest search of the suspect.

The suspect was booked into County Jail on charges of possession of a stolen vehicle, possession of burglary tools and having a suspended driver’s license.

An arrest search of the second suspect turned up stolen credit cards. He was issued a citation on the charge of possession of stolen property and was released at the scene.