Not a toy. Parked on Taraval near 27th.
Hippie front yard.
Reda Jarrar, the owner of Bill’s Place, promised the previous owner he would keep all the basics of the throwback eatery, carrying on the more than 60-year tradition in the Outer Richmond. Follow link in bio to website for the full story. Photo by Michael Durand. @billsplaceburgers_sf
From our Announcements section in the Sunset Beacon, Richmond Review and RichmondSunsetNews.com.
View from a Southwest flight on May 4, 2022.
Architecture

At the southern end of Fifth Avenue in the Inner Sunset District, next to the University of 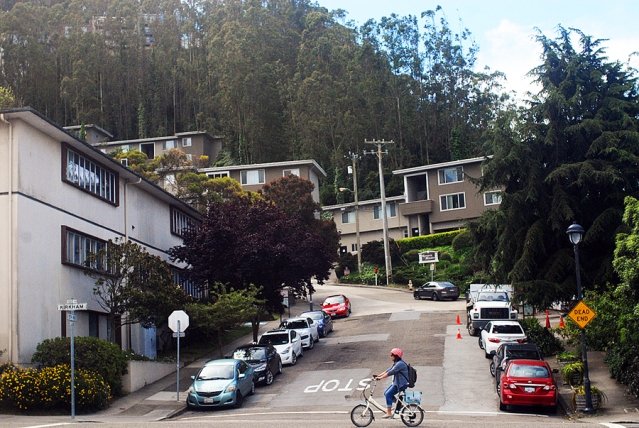 A plan to tear down those 86 rent-controlled units by demolishing 11 buildings, and

replacing them with up to 445 new apartments in 14 three-story buildings, is now being

reviewed by the SF Planning Department.

Meanwhile tenants and neighbors opposing the project have produced an alternative

plan, which has also been submitted to the department.

Complicating the issue is the location, which is nestled up against hills on three sides that

are designated by the California Geological Survey as “earthquake- induced landslide

zones,” meaning areas with a high probability of slope failure which could produce

landslides during an earthquake.

are proposed. The idea being we capture the hazard and mitigate it before things are

rebuilding things in the same bad spot after an earthquake. The whole idea is

Geological Survey.  “Our analyses indicate there’s a high chance that the slope will fail in

Adding to this concern is the planned excavation of approximately 230,000 square feet

(69,000 cubic yards) of soil, according to Planning Department documents.

for landslides during an earthquake, and then propose stabilization methods

to prevent them. “Before they issue a permit for that development there has to be a

geotechnical investigation to assess the hazard, and if they find a hazard, to propose

mitigations for it,” McCrink said.

organization, which is opposed to the scale of the project, so much so that they have

come up with an alternative project.

“The project, as designed requires that they excavate and gouge out a big chunk of the

mountainside, a very unusual thing. They are going to reshape that entire

mountainside,” said Mosgofian. “They want to gouge out the equivalent of a 52-foot high,

football field worth of rock and soil out of that slope … It’s a hazard zone, and in order

just to get the maximum number of units and maximum return, or maximum profit,

they are willing to jeopardize the entire area, including future tenants and everybody

else in this immediate area.”

Luis Cuadra, a spokesperson for Berg-Davis Public Affairs, which is handling public

would not build a project if they did not think it could be made safe.

damage their property or injure their tenants,” Cuadra said. “We have undertaken

several studies of the site’s geology. If built, the project would include a variety of

measures and structures that would dramatically improve site stability, compared to the

existing conditions, and the new buildings would be built to current seismic standards.”

doing to the hillside.

“The project would not reshape the entire hillside. Two acres of forest land on the site’s

eastern edge would be preserved in its existing condition. The proposed project would

not change the hillside ridge-line. The proposed plan does, however, reconfigure the

topography of the site’s existing built area, which was originally excavated

and graded to create Kirkham Heights Apartments. The purpose of the site

space and wheelchair-accessible circulation areas – all of which

are difficult to enjoy due to the site’s steep topography.” 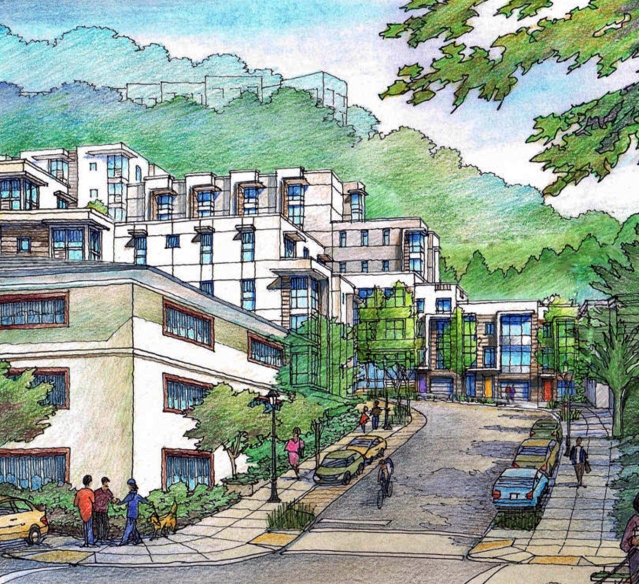 An artist’s rendition of what the Kirkham Heights project could look like when done.

But members of the MSKHN have more concerns than just seismic sliding; they also note

the potential loss of rent-controlled units. Apartments built before 1979 fall under San

Francisco rent control laws, while those built after do not. Mosgofian said 34 of the

“They won’t fill them,” Mosgofian said. “They won’t even let existing tenants in a

one-bedroom move into a two-bedroom and pay the extra rent.”

Kirkham Heights. “You can be assured that these units also will not stay rent

controlled,” Wabl said. “If we can preserve any rent control, then it would be for the

tenants that are still there at the time they are starting the project. And that is only if we

get a development agreement in place with the City, where the city attorney or

whoever signs and makes sure that we protect these.”

The rent protections could affect about 30 current tenants. Cuadra confirmed that

apartments are being left empty, although he did not respond to a question about the

the uncertainty of the redevelopment plans and timeline,” Cuadra said.

“Westlake’s planning for the property is evolving, which requires flexibility during this

moment in time. Westlake’s desire is to minimize disruptions to tenants that result from

moves caused by construction, which is one of the reasons the units remain vacant.”

Roger Hofmann, a tenant in one of the rent-controlled apartments, is concerned about

what might happen if construction takes longer than three years.

longer than three years. It may. It’s a difficult site,” Hofmann said. “There are a lot of

things that can go wrong and that’s not even considering difficulties with financing.

“So, what does happen after three years? If you take what’s in that document literally,

and that’s from the Planning Department, it appears that our support would get cut off

after three years if the project’s not done,” Hofmann said.

But Cuadra said the tenants would be protected. “Westlake will be legally bound, by

means of an agreement with the City, to offer the existing tenants the right to move into

tenants during the term of construction.”

As for the alternative plan offered by MSKHN, a spokesperson for the Planning

and are taking it into consideration. The plan would keep 32 existing units and build

another 154 apartments, for a total of 186. It also includes a children’s playground.

(HRC), which has asked the Planning Department to take a serious look at the

about their concerns,” said Joseph Smooke and Joy Lee of the HRC in a letter to the

Planning Department. “They have taken the proactive step to create a community

alternative design. (The HRC) respectfully requests that Planning include an

in the EIR, and take seriously a consideration of adopting the community

alternative when it is found to result in a lesser environmental

impact than the developer’s ‘preferred project.’” 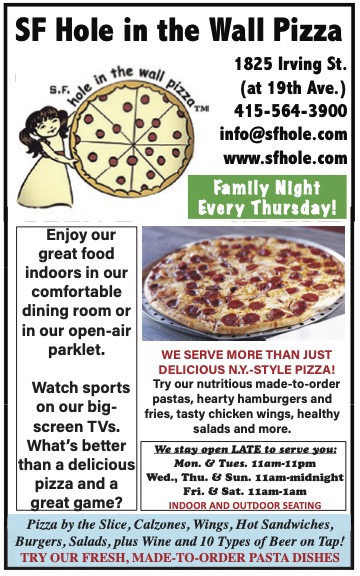