Work Begins on New Traffic Route in Golden Gate Park
Sunset Beacon fan and our neighbor today at the “Meet the Editor of the Sunset Beacon” session at the Outer Sunset Farmers Market was Niamh. “It’s pronounced like Eve, but with an ‘N,’” she said. A delightful Irish lass, Niamh creates lovely contemporary jewelry using porcelain. Go to niamhco.com to learn more, and follow her on Instagram @niamh.co
Skatin’ Place.
We live in such a beautiful city.
The Conservatory of Flowers in Golden Gate Park is expecting another corpse flower bloom soon. When fully open, the Amorphophallus Titanum emits the odor of rotting flesh to attract pollinators. The bloom is huge! Follow the link in bio to our website and search “corpse” to read Erin Bank’s great story about the previous bloom.
Richmond Review

Bicycle lane in GG Park cause for concern

On a Saturday morning the foreign tourists queued up in front of a bus near the Conservatory of Flowers in Golden Gate Park.
Standing scattered across a bicycle lane in a loose group of about a dozen people, they did not notice a bicyclist bearing down on them. He whistled first, then yelled “hello!” at them so they would see him coming.
The tourists moved and let him through but the confusion was on every face. Why was this bicyclist so pushy and why didn’t he just go around the bus on the other side?
They obviously had no idea that they were blocking his bicycle lane.
Farther down the road the sidewalks were clogged with pedestrians and a jogger was running fast, so he moved across the grass strip and into the middle of the bicycle lane to go around them, which caused the bicycle rider coming up behind him to move left into the parking buffer zone, around the jogger and only a couple of feet from a row of parked cars. 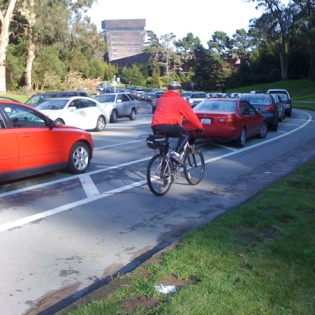 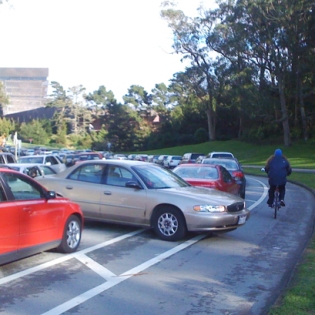